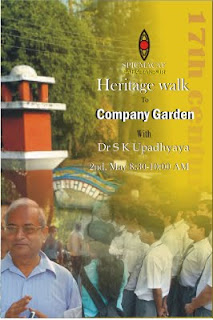 Exploring other facts with Dr S K Upadhyaya
2nd May 2011
Once the preserve of the British East India Company, is one of the oldest existing gardens in India, dating to before 1750. Then named Farahat-Bakhsh, it was originally a pleasure ground set out by a local chief, Intazam ud-ullah. In 1817, it was acquired by the British East India Company[7] and placed under the authority of the District Surgeon. Joseph Dalton Hooker says of this Botanical Garden that "Amongst its greatest triumphs may be considered the introduction of the tea-plant from China, a fact I allude to, as many of my English readers may not be aware that the establishment of the tea-trade in the Himalaya andAssam is almost entirely the work of the superintendents of the gardens of Calcutta and Seharunpore."[8] In 1887, when the Botanical Survey of India was set up to reform the country's botanical sciences, Saharanpur became the centre for the survey of the northern Indian flora. The Garden is seen historically as being second only to the Calcutta Gardens for its contribution to science and economy in India. Under private auspices today, it is full of greenery and has many different kinds of plants and flowers.
Posted by Saharanpur Chapter 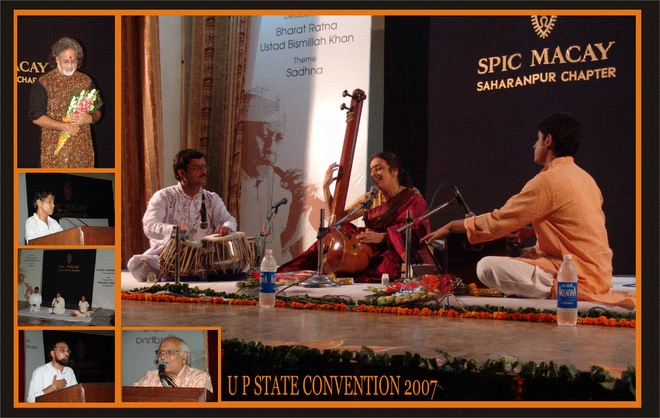 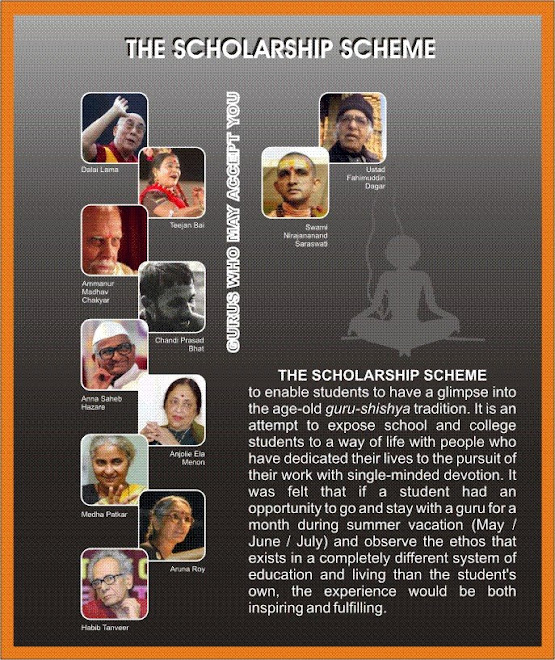 What I learned with SPICMACAY

If someone asks me what i learned with SPICMACAY,then my answer is
going to be that what i learned is that can't be described in words
and i dont know how to describe.people can only feel it when they are
themself going to be an active part of the great cause for which
spic-macay is there.this organisation to me is a part of my daily life
activites.
Jai Sharma
Saharanpur Public School 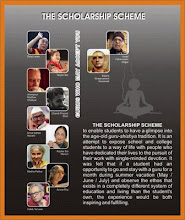 Current News
Scholarship Scheme - 2009
About the SchemeThrough the scholarship scheme SPIC MACAY makes an attempt to bring the students closer to a world of wisdom, inspiration, dreams, discovery and exploration. It brings them in contact with such dedicated and acclaimed people who have achieved a lot in their respective fields through the strength that comes from sheer hard work, discipline and inherent talent.This scheme provides an opportunity to a student to stay with such people for a month and imbibe their wisdom and observe the ethos that exists in an environment completely different from their own an experience which will be both inspiring and fulfilling. Staying with any of these Gurus for a month would be a voyage of discovery and an exercise in self growth. The student, by interacting with the Guru could learn how visions & dreams were converted into reality, how strength came from within and struggle was something beautiful. This thirty days experience would be a holistic education in an environment that inspires, even as it disciplines. 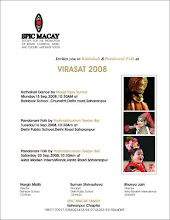 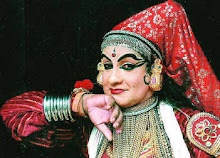 SPIC MACAY seeks to conserve and promote an awareness of this rich and heterogeneous cultural tapestry amongst the youth of this country through focus on the classical arts, with their attendant legends, rituals, mythology and philosophy and to facilitate an awareness of their deeper and subtler values.
See "MEMORABLE MOMENTS"at the end of page
For more Details contact-
09897170917,9358323433
spicmacaysre@yahoo.com
spicmacaysre@gmail.com
Website:www.spicmacay.com
Saharanpur Chapter Office:’Anand Niwas’,2A/190,Gurudwara Road,Saharanpur-247001 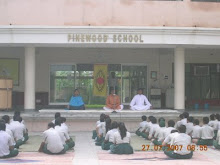 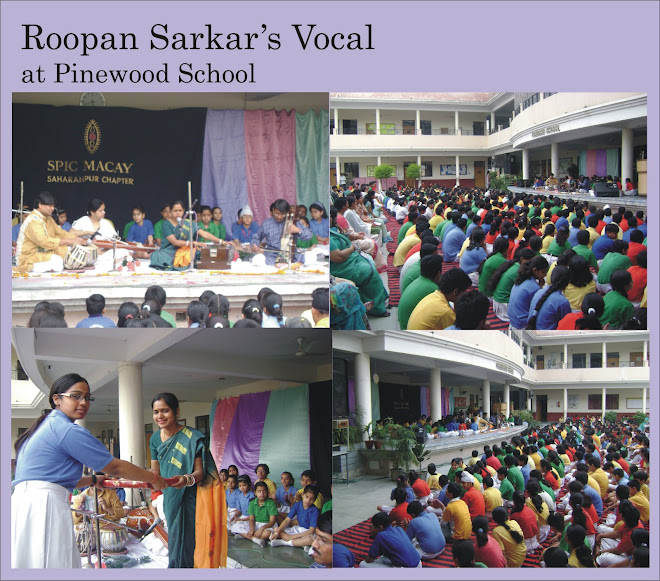 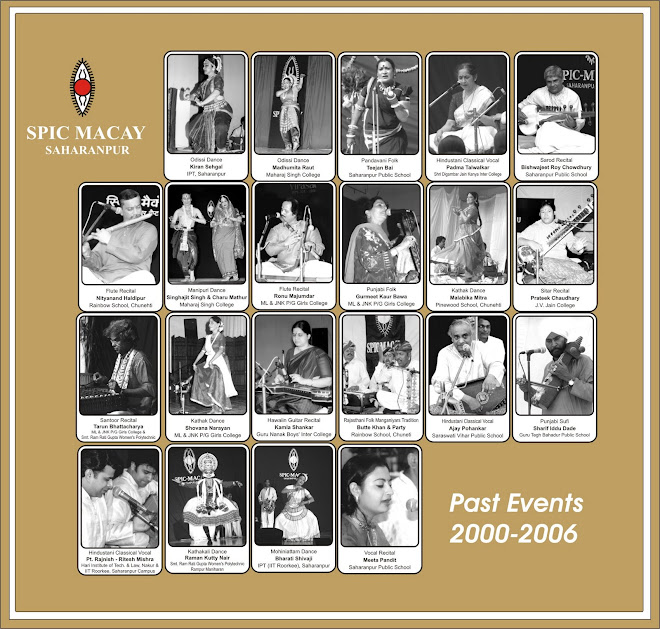 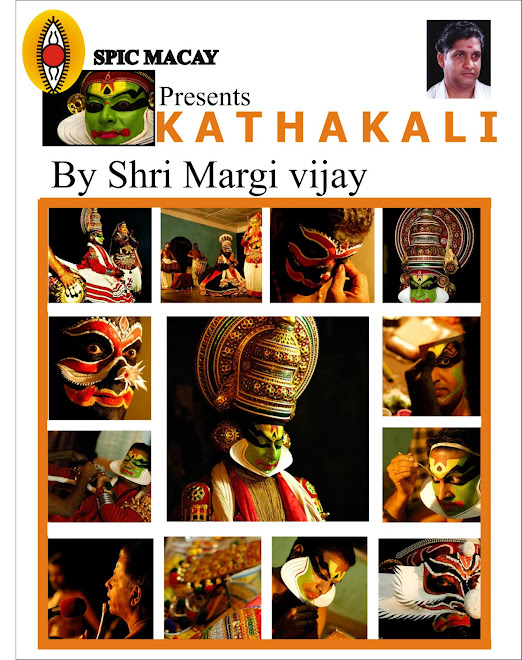 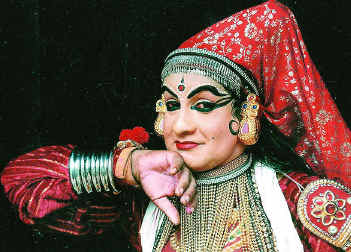 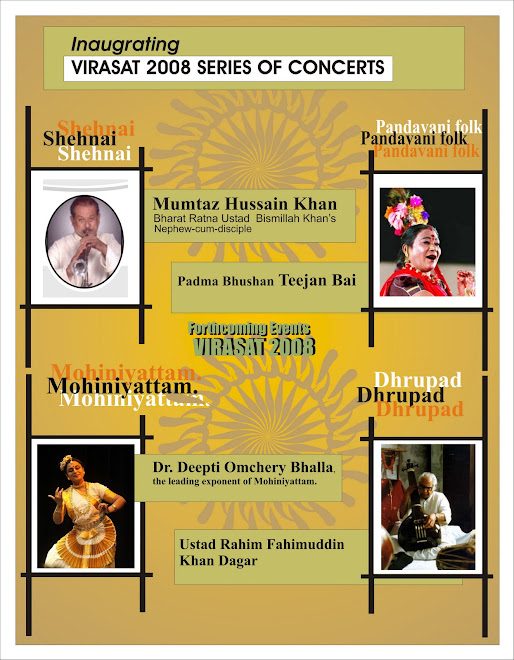 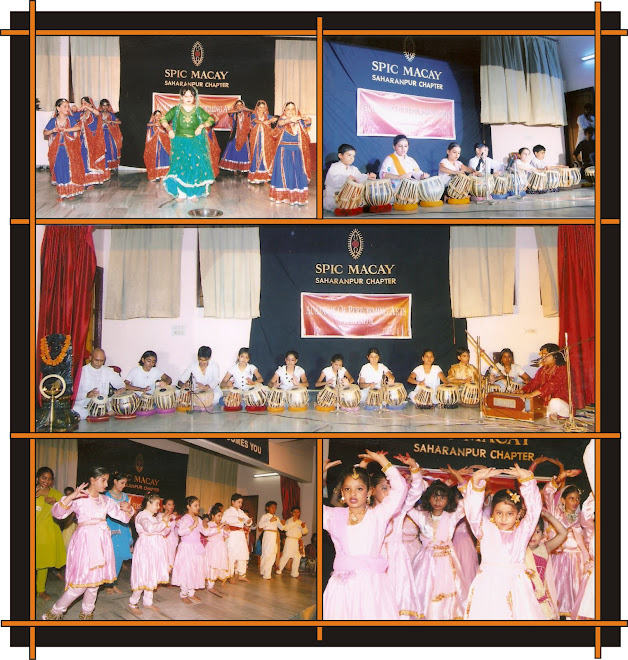 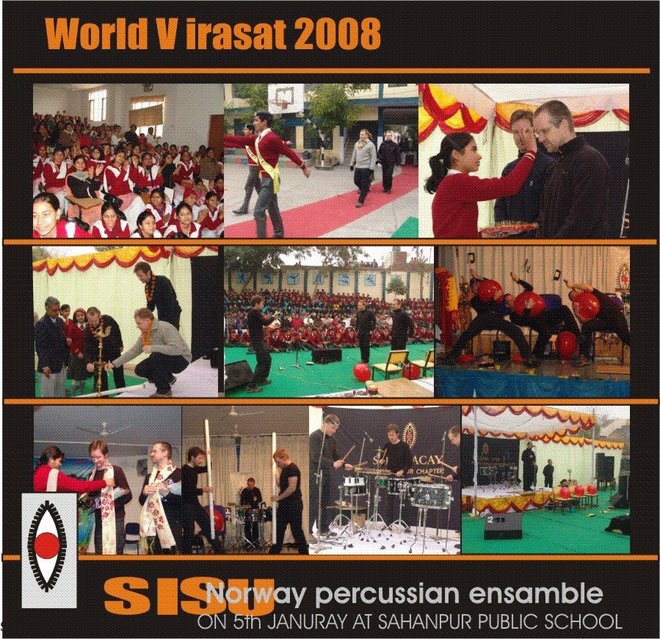